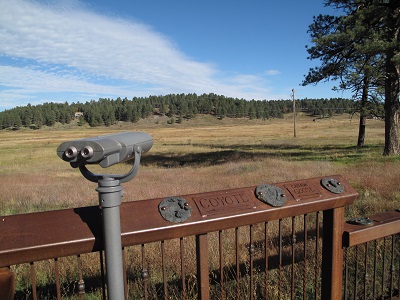 Raymond County Park was established in 1972, when the Raymond Foundation donated five acres of land in Kachina Village to Coconino County. The land was part of Dr. Raymond's ranch holdings that contained several natural springs. The site includes Dr. R.O. Raymond's grave. Dr. Raymond (1876-1959) was a physician, stockman, humanitarian, and philanthropist who moved to Williams, Arizona, from Missouri in 1904 and to Flagstaff in 1909.

In 2010, the park was redeveloped to include the ball field, basketball court expansion, ramadas, restroom building, paved parking lots, ADA sidewalks, and additional play equipment. The project cost of $1.2M was funded by CPOS.

When Flagstaff Pickleball Association approached Parks & Recreation in Spring 2021 to create pickleball courts at Raymond County Park, we were excited to encourage our neighbors to be more active, especially in the outdoors. Pickleball is one of the fastest growing sports in America, with the Sports & Fitness Industry Association reporting a 21.3% increase in the year 2020. In Summer 2021, Parks & Recreation superimposed pickleball court lines on one of the basketball courts at Raymond County Park, and players may bring their own nets and equipment to play. Basketball users will still be able to practice on the other basketball court in the park even when the pickleball nets are in place. 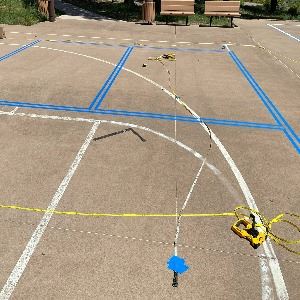 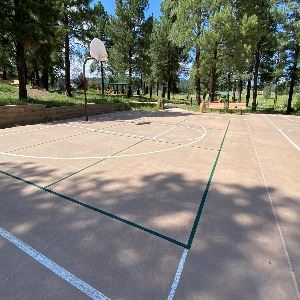 In March 2016, in cooperation with Coconino County Parks and Recreation, the Arizona Game and Fish Department and the U.S. Fish and Wildlife Service drained Raymond Pond and began long-term monitoring to remove adult bullfrogs and tadpoles that were illegally introduced to the pond. Bullfrogs are an invasive species, and prey on fish and native amphibian species. Read more about bullfrog removal efforts, as well as a story in the Arizona Daily Sun and a story on Channel 12. 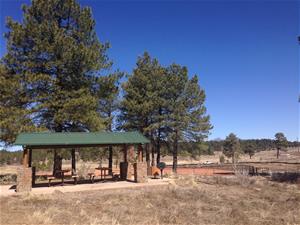 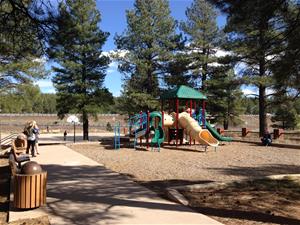