Grassy meadows in the Flagstaff area can have as much as three times as many different plants and animals than the ponderosa forest!

Grasses capture and store carbon in their roots and blades and by transferring it to mycorrhizae (underground webs of fungus), keeping it out of the atmosphere. Most of the carbon stays in the ground when a wildfire sweeps across a grassland, unlike the carbon released when a forest burns. 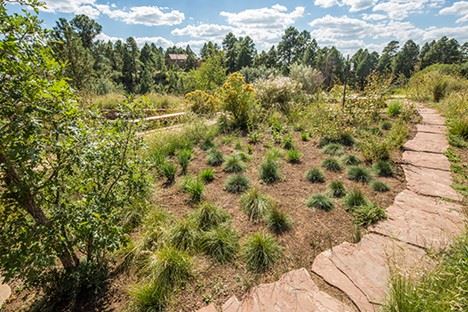 What is a Bunchgrass?

A bunchgrass grows in a tuft, from roots which may extend as deep as six feet or more to reach reliable moisture. A bunchgrass is different from a turf grass, which sends out horizontal roots (rhizomes) to form a tight but shallow mat like a lawn.

Native bunchgrasses are vital to northern Arizona's plant communities. Their extensive root systems aerate soil and hold it in place, helping it to absorb and retain moisture, support the mycorrhizae that transfer water and nutrients among plants, and support semi-parasitic plants such as Indian paintbrush. As grasses decompose, their roots and blades nourish the soil, improving its fertility and texture. 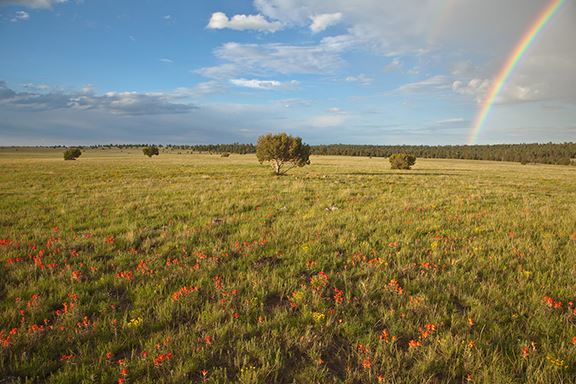 Birds, rodents, and insects eat bunchgrass seeds and blades. Many different pollinators, including some butterflies, rely on grasses as hosts for their caterpillars.

Can you see the caterpillar on this stem of blue grama bunchgrass? 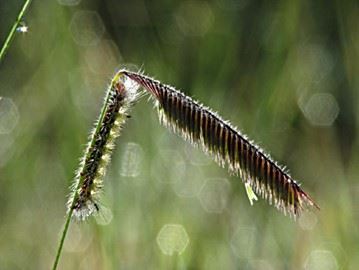 Bunchgrasses are food for wildlife, from cottontails to mule deer to pronghorns. They offer habitat for countless insects, provide cover for fawns, baby rabbits, and other vulnerable animals, and shelter the nests of ground-foraging birds.

Dark-eyed junco nest under a bunchgrass. 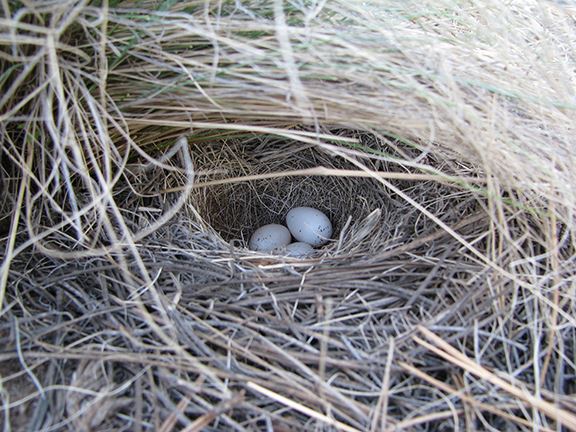 Beetles eat the pollen and spiders weave webs among the stems. 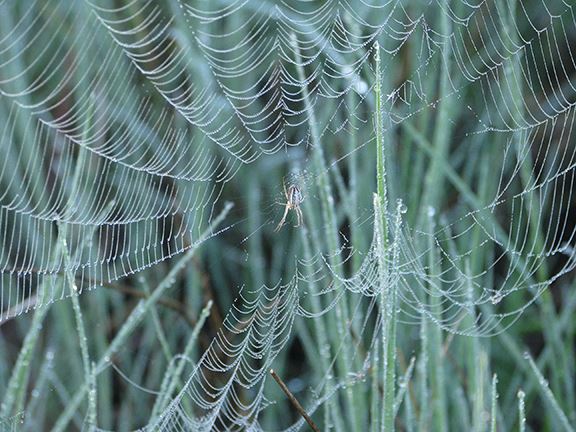 People of northern Arizona have depended on bunchgrasses for food and materials for a very long time. Indian ricegrass has been a staple of the Paiute diet and is still made into a Hopi bread called somoviki. Southwestern cultures have farmed corn—domesticated from a wild Mesoamerican grass called teosinte—for many centuries. 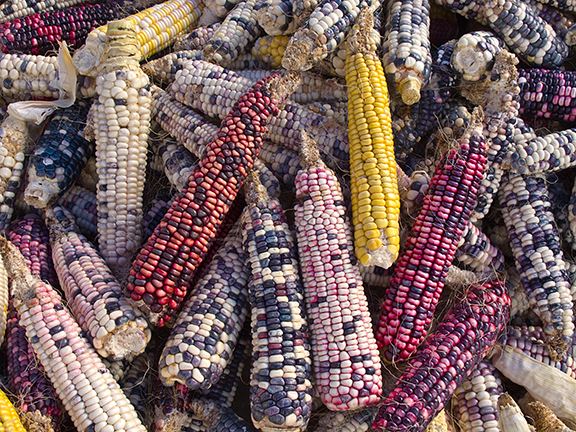 Scientists study wild grasses as possible replacements for Grass Family food crops affected by climate change such as wheat, rice, barley, oats, rye, sorghum, and millet. Among northern Arizona grasses being studied as food crops for the future are deergrass and sideoats grama. 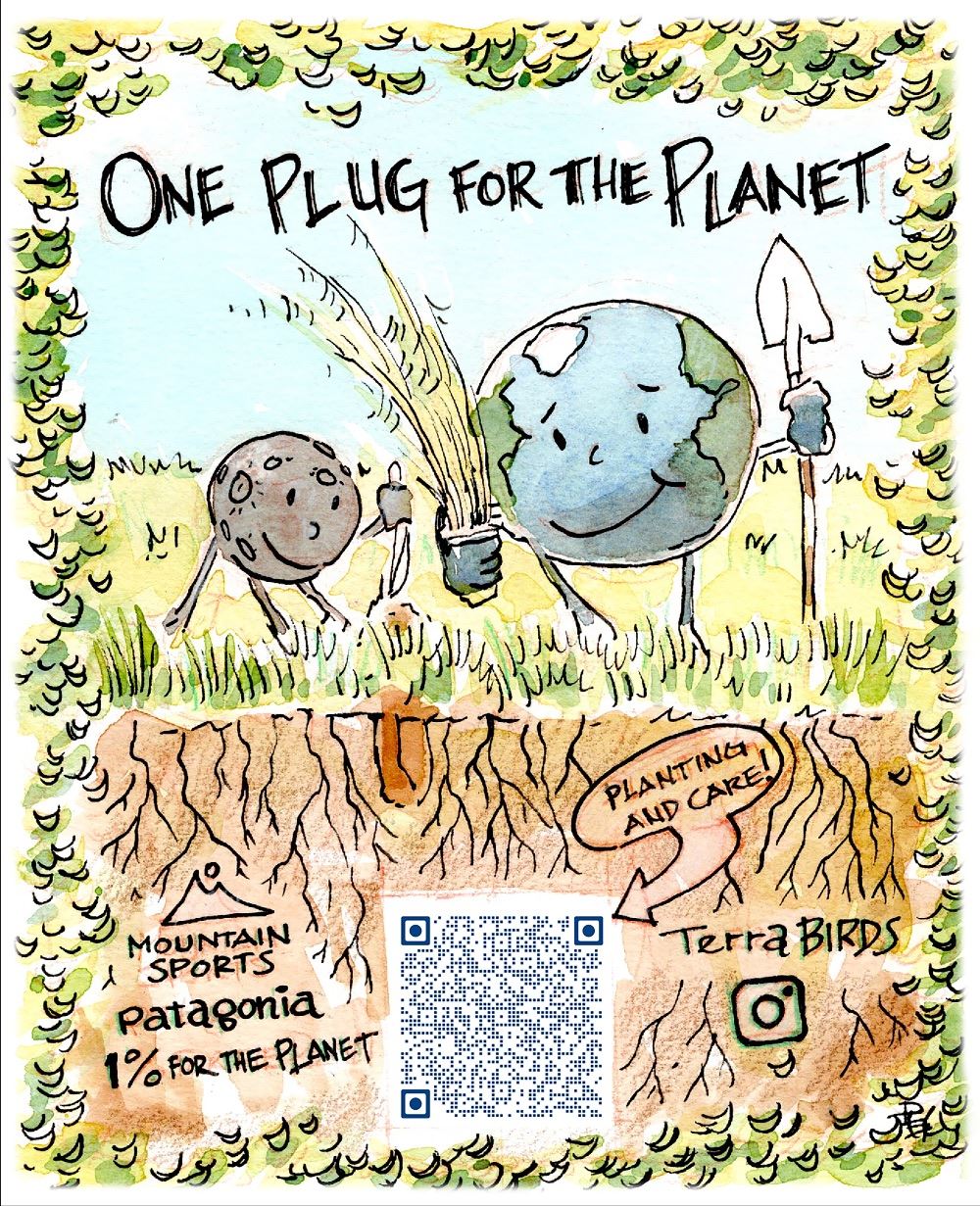 In 2020, Eagle Scout candidate Zach Palmero and his team dug up, potted, and stored the meadow's native plants. They removed the poor and weedy soil, replaced it with amended topsoil, replanted the rescued plants, and planted perennial forbs along with seven species of native bunchgrass! 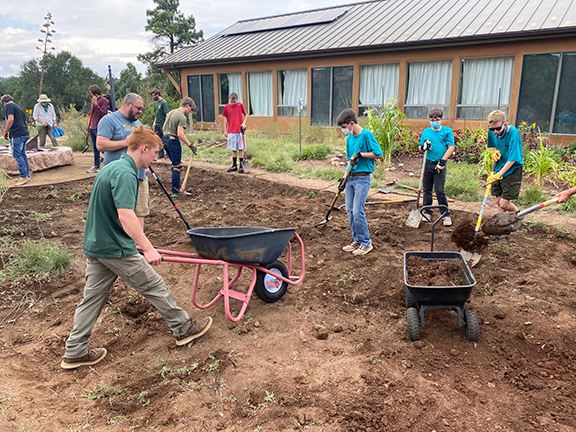 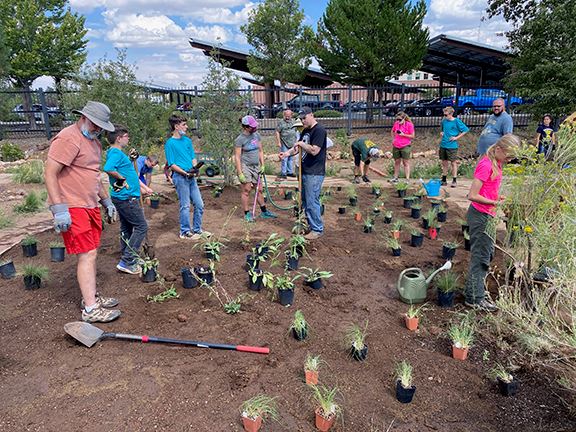 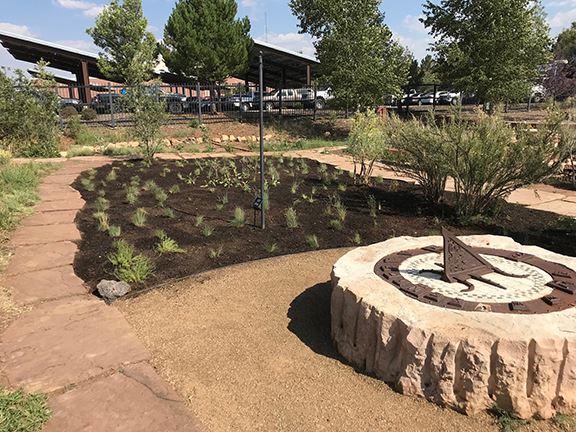