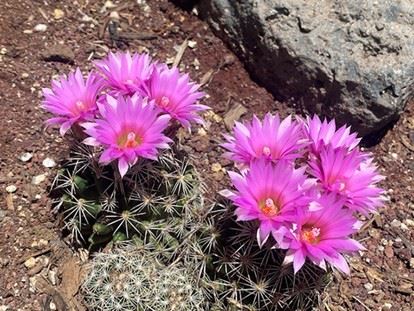 The garden provides ideal habitat for lizards, which bask on its sunny rocks and pieces of wood, to warm up enough to be active. (Touch a rock in the sun, touch a rock in the shade—can you feel the difference in temperature?) Lizards have a third eye on the tops of their heads—called the parietal eye—which has a lens, cornea, and retina that enable them to navigate using the sun as a compass, although they can't actually see with it. Lizards communicate with other lizards through movement and recognize relatives and familiar individuals by detecting their distinctive chemical signatures. When they become too warm, lizards seek shade under shrubs and downed wood, and hide in crevices at night. 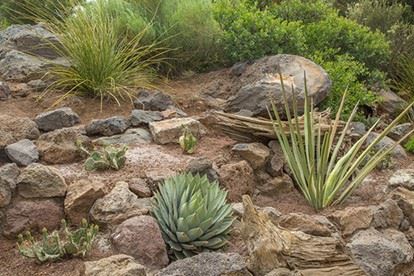 The garden's most common lizard is the Plateau Fence Lizard, which waits to pounce on insects and spiders rather than chase them. During courtship, the male defends a territory about twenty-five feet in diameter around his perching spot. He flattens his body to display bright blue patches on his sides and throat and does "pushups" to attract mates or threaten rivals. Females lay a clutch of five to a dozen eggs in a small pit, usually twice a year.

Ornate Tree Lizards also favor this particular habitat, while Many-lined Skinks prefer the rocky slope below. Occasionally, a short-horned lizard may be found in flat areas.

Who Built the Ledges in the Lizard Garden? 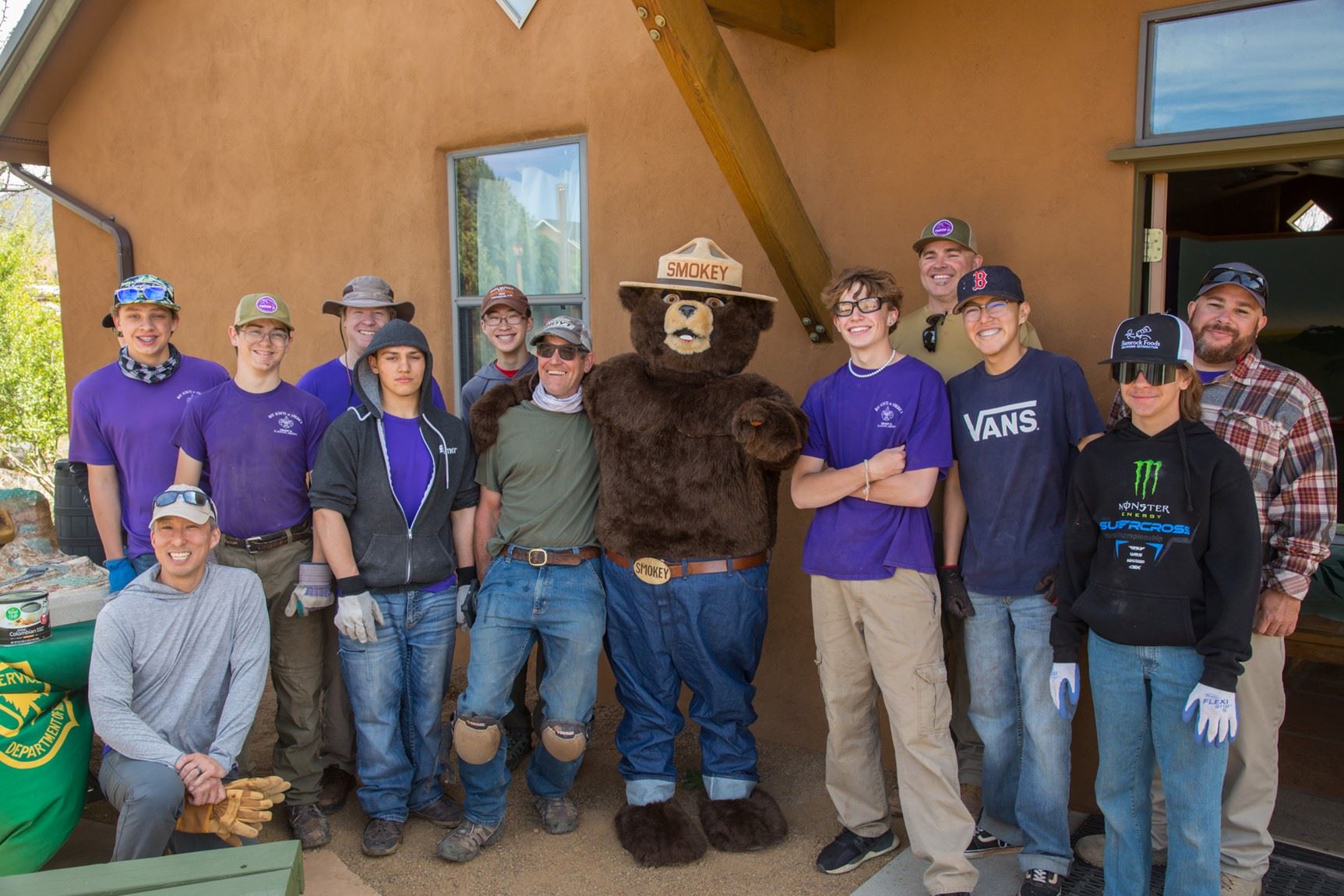 Within several years after its construction, invasive grasses had spread over the Lizard Garden's unstable slope. The grasses spoiled the habitat for lizards, which need bare ground to move quickly in order to catch prey and escape predators. In 2022, garden volunteers removed the grass and potted the garden's cactus and agaves. 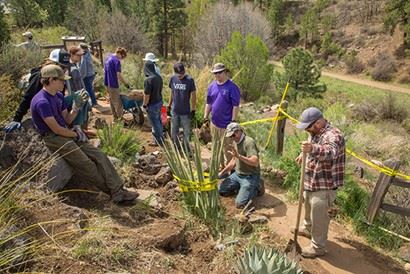