Get to Know Broad-tailed Hummingbirds! 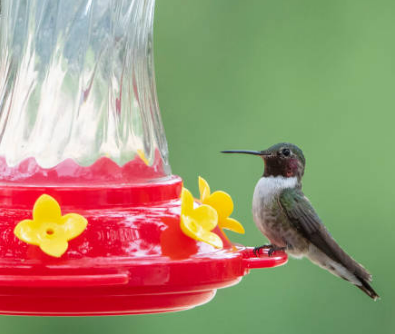 Hear that high-pitched trilling? It's a male broad-tailed hummingbird! As he flies, uniquely pointed and separated feathers on the tips of his wings produce a loud trill. This sound makes him different from all other North American hummingbirds.

Broad-tailed hummingbird males can also be identified by their green crowns and backs, white underparts, and bibs of twinkling magenta feathers at their throats called gorgets. Females have green backs too, along with buff underparts and a pale eye-ring. At about four inches in length, broad-tailed hummingbirds have longer bodies than other North American hummingbirds and of course, broader tails.

In spring, individual broad-tailed hummingbirds migrate from their winter range in southern Mexico and Guatemala to as far north as Idaho and Montana. Older males usually arrive in Flagstaff around April 15, with females and younger males soon to follow. They leave for their winter range in August or September.

Feisty, copper-colored rufous hummingbirds also visit Willow Bend. They pause to rest and refuel on their way back south during even longer migrations of almost 4,000 miles, from wintering sites in Mexico to breeding grounds in Alaska and northwest Canada and back again. 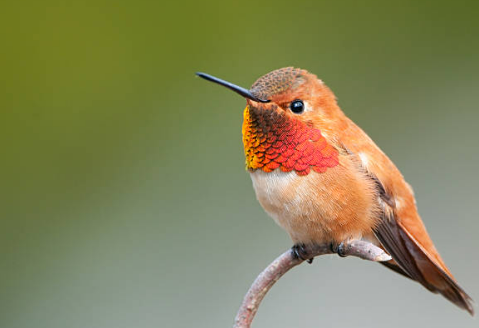 It takes a lot of energy to fly so far. Hummingbirds hover at flowers, especially red tubular ones, to drink sugary nectar. They also eat lots of tiny spiders and insects (including mosquitoes) for protein and fat, and drink up to eight times their weight in water daily. They often bathe where water flows over rocks—or in the spray of a garden hose!

Hummingbirds flap their wings dozens of times a second. They can fly straight up, backward, forward, or upside down, at up to 75 miles an hour. Male broad-tailed hummingbirds perform a U-shaped courtship dive, plunging from as high as fifty feet in the air and then swooping up only inches from the ground in front of a female. Males spend the breeding season courting and mating females. Broad-tailed females build nests of spiderweb camouflaged with lichen and bark, incubate their eggs, and feed their young all by themselves.

Occasionally, Anna's and black-chinned hummingbirds are seen at Willow Bend too.

Who Built The Hummingbird Garden? 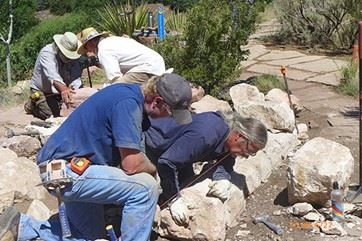 Eagle Scout candidate Peter Hilliard led adults and fellow Boy Scouts in lining the retaining wall with cloth, filling it with amended topsoil, and planting it with hummingbird-attracting plants propagated in the NAU Greenhouse by garden volunteer Laura Davis. 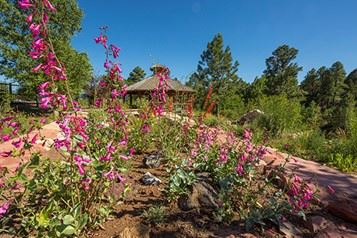 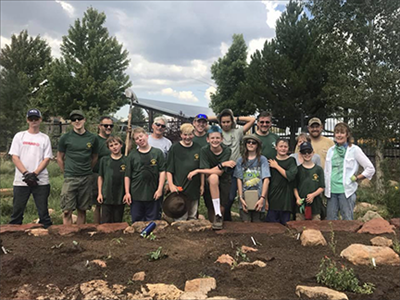 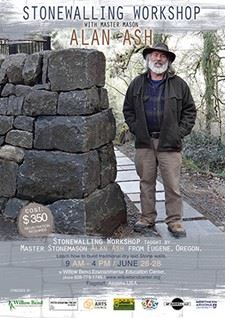 Inspired by a slab of Lower Triassic (about 240 million years old) red Moenkopi sandstone with fossil ripple marks incorporated in the wall, volunteers added seashells and local rocks to the garden including obsidian, a fossil brachiopod from the Permian (about 270 million years old), and petrified wood. 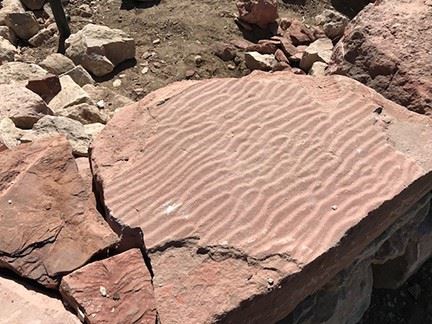